OVERVIEW
CHRONOLOGY
LETTERS
PERSONS
BIBLIOGRAPHY
As a part of the complete edition of Anton Webern’s compositions the Anton Webern Gesamtausgabe is compiling a full documentation of the composer’s biography, as well as of the genesis, publication and performance history of his works. To this end all types of data, including both tangible objects and intangible events, are archived and interrelated using the research platform Knora (Platform for Knowledge Organization, Representation and Annotation; access: SALSAH) developed by Digital Humanities Lab (DHLab) of the Faculty of Humanities of Basel University. A chronology, which gives both a general and a detailed description of Webern’s private as well as professional life and which also documents the development of his works, is substantiated by references to material evidence (e.g. correspondence, as archived and categorized under the heading Letters). Keyword-like short information on relevant persons ensures a better overview of contacts and of the composer's social environment.

Born December 3, 1883 in Vienna, Anton Webern grew up in Vienna, Graz, and Klagenfurt as well as at Preglhof, the family estate in Carinthia. He received his initial education in music performance and theory in Klagenfurt where he also attended the Humanistische Gymnasium (classical grammar school) and gained practical experience as a cellist with the orchestra of the local Concert Society. In the autumn of 1902 Webern began to study musicology at the Musicological Institute in Vienna under Guido Adler. He graduated in 1906 with a dissertation on Heinrich Isaac’s Choralis Constantinus. From 1904 to 1908 he studied composition with Arnold Schoenberg with whom he remained in close contact throughout his life. Efforts to obtain a position as a permanent conductor in various music theatres (Teplitz, Bad Ischl, Danzig, Stettin, Prague) ended in failure.
After World War I, Webern taught music theory and composition to private students. He also worked as a Vortragsmeister (rehearsal coach) for the Society for Private Musical Performances (1918–1922), as a piano teacher and choirmaster at the Jewish Institute for the Blind in Vienna (1925–1931) and, towards the end of his life, he accepted to arrange works by other composers for Universal Edition.
As a conductor of various choirs and orchestras (e.g. the Wiener Schubertbund, the Mödlinger Männergesangverein, the Arbeiter-Symphoniekonzerte der Sozialdemokratischen Kunststelle in Vienna), he became known to a wider public in the twenties and thirties. From 1927 onwards, he worked as a conductor at the Viennese Radio where he was also employed as editor and censor (1930–1939). On the national level, his activities as a conductor ceased after the Dollfuß putsch in 1934. From 1929 onwards, a few international engagements took him several times to London and Germany.
The earliest documented examples of Webern’s compositional activity date from around 1900. Before World War I, he first occupied himself with free, atonal compositions, then, in the 1920s he developed a specific, radically concentrated form of twelve-tone technique. His oeuvre comprises 31 ‚Opuswerke‘, opus works, composed between 1908–1944 (mainly published by Universal Edition, from op. 29 posthumously). It also includes arrangements of his own and other composer’s works, as well as further compositions (partly published posthumously), and drafts.
Webern, his wife Wilhelmine (Minna), born Mörtl, who he married in February 1911, and their four children Amalie, Maria, Peter and Christine lived mostly near Vienna, first in Mödling and then later in Maria Enzersdorf where the Webern couple remained throughout the Second World War. At the beginning of April 1945 they fled to Mittersill in Oberpinzgau, where, on September 15, Anton Webern was shot dead by a soldier of the American occupation forces. 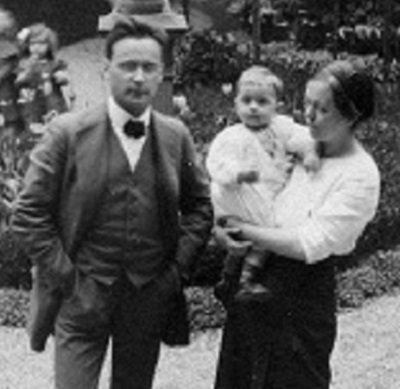 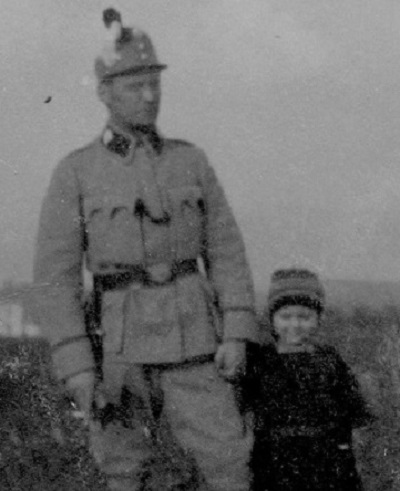 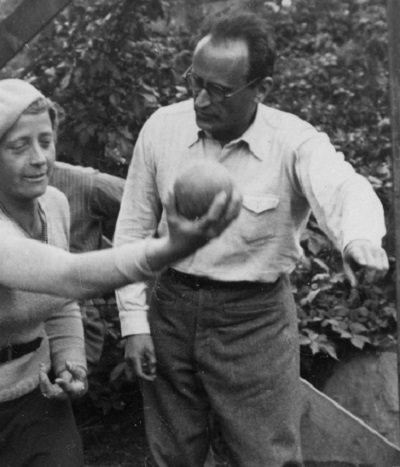 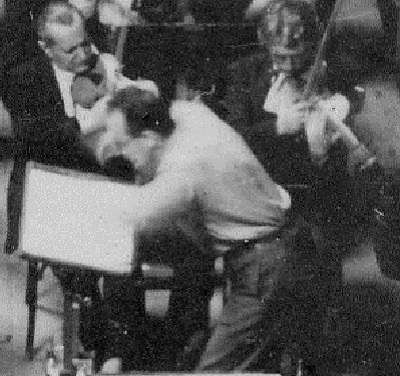 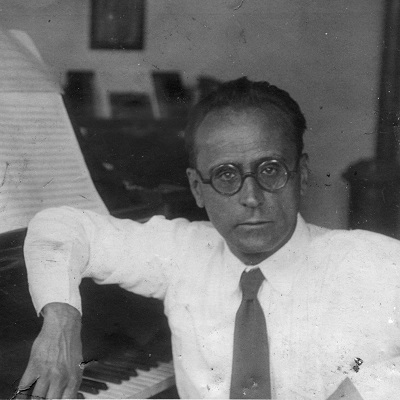